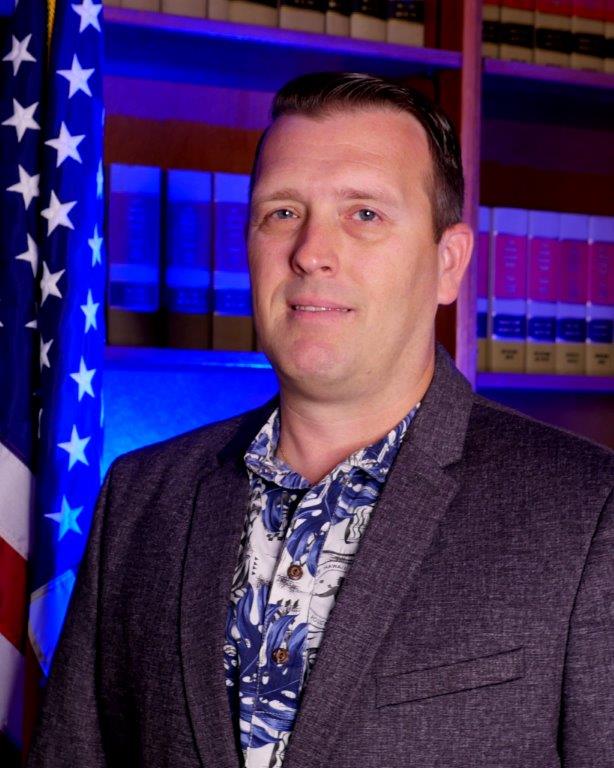 Jason represents SHOPO as the Treasurer on the State Board. He has been involved with the union since 2005, first as a Shop Steward in Honolulu, then as a Chapter Director for the Kalihi and Wahiawa patrol districts, four years as the Honolulu Board Treasurer, State Board Director at Large, and now the State Board Treasurer. He joined the department in 2003 and has worked in uniform patrol and community policing in Kalihi and Wahiawa, and currently is assigned to the Honolulu Police Academy.

Jason supports transparency and communication in his law enforcement profession and as a Union Official. An example of supporting transparency and open communication is a result of bringing the “Coffee With a Cop” program to Hawaii in 2016. This program helps reestablish trust between the community and police officers. As a result of this partnership formed with the National Coffee With a Cop staff, he became one of the three National “Coffee With a Cop” trainers along the West Coast. He earned his master’s degree from the University of Phoenix and serves as an adjunct professor at the University of Phoenix Kapolei campus where he teaches criminal justice grants and public budget classes.